THE first month of the new school year is under our belt and it’s been a busy on, but a fabulous one.

HEADLINE OF THE MONTH

There have been two stories dominating the news this month. In the UK, it’s been the poisoning of two Russians in the UK. In Korea, it’s been the US-North Korean summit. Along side these, the UK has also been battered by some pretty hefty stormy weather, in South Korea another former president has been under intense scrutiny, and at the tail end of the month, an arrest warrant was issued, and across the board, Facebook has been making the front page for all the wrong reasons! All the things have been happening. The best headline from this month – to try and draw some humor from the new – was “Emmageddon“, simple and to the point.

I have been baking up a storm this month – with one cake only! My Calamansi Cake. This is a combination of a) being a little in love with the flavour, and b) having a lot of calamansi juice to get through!

The reading slump is real, and brutal, it’s like tumbleweed central out here. I’m hoping that, as with last year, there will be a book that sparks the reading fire. As it is, I have a massive pile of physical books that I need to get through – at speed – before I have to sell them on, because moving, life and all that jazz!

On the flip-side, there’s been a ton of writing going on in the background and I’m loving it. I’m always at my happiest when creating and writing is no difference, so having it become a regular – and at times, needed – outlet is fantastic.

The new school year has been pretty great. Busier than ever before, but I’ve been loving it. My classes are great, I’ve been able to adapt my activities well, and build upon last years foundations, and my creative juices have been flowing once more! Two of my favourite creations in March were my pencils and my traffic light!

It’s been all about Netflix. In the beginning, Korean Netflix had a less than stellar library, but in recent weeks the Netflix library has expanded greatly. So this month I’ve been watching:

Marvel everything – most of the Movies have now been added to Netflix, and I’ve been re-watching the early seasons of Agent’s of S.H.I.E.L.D. In movies, I was delighted to find Robin Hood, Prince of Thieves added to the Netflix roster. This is a classic movie! Alan Rickman is fabulous! 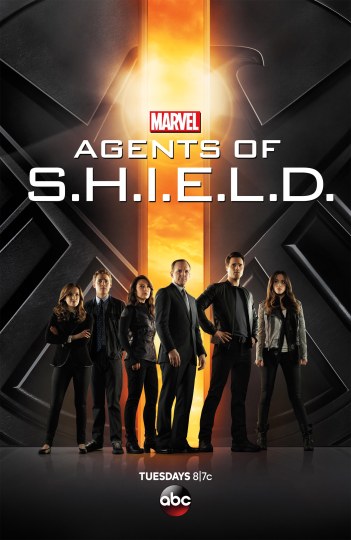 Now that the weather is warmer, I’ve been out and about a more – all of us have. There have been more walks around Yongji Lake, in Changwon, I’ve been exploring more of Jinhae, and meeting up with friends. Happening upon 27 Degrees was a particular gem of a find! 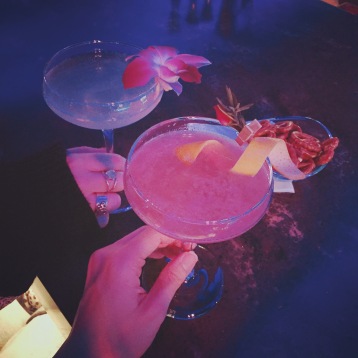 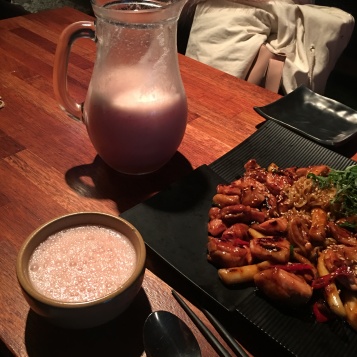 I’VE mentioned two of my favourite crafts above in the ‘School’ section of the post!

ALONGSIDE that I’ve been drawing up a storm: 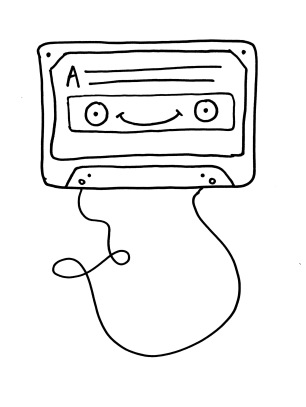 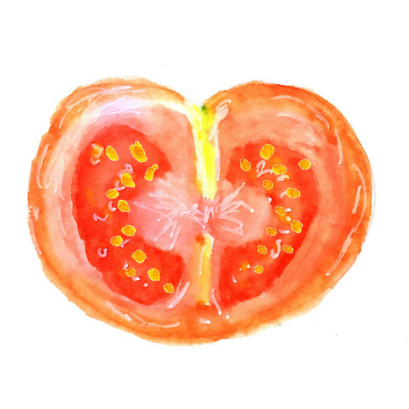 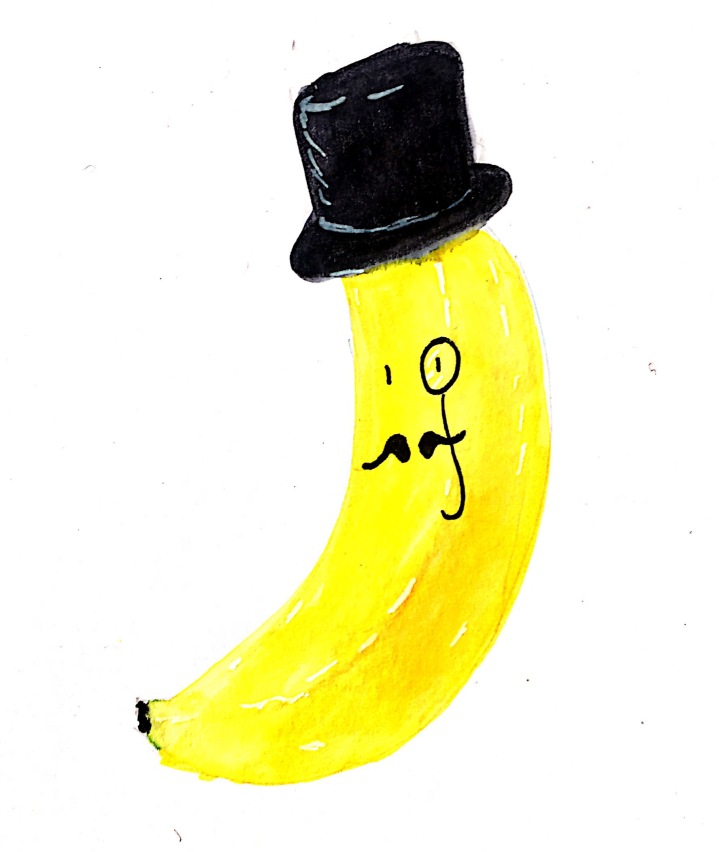 I am so in love with Suave Banana!

THE music releases in March had been wild. We’re now a quarter of the way through 2018, and as I write this we’re three days into April and the cracking releases just Keep. On. Coming.

TO name a few, in Korea we had releases from Mamamoo, Heize, Ilhoon, Got7, Stray Kids debut, Monsta X and TVXQ made their first comeback after completing their national service.

OVER in Western music, Panic! At The Disco pre-released two tracks from the upcoming June album, Pray For The Wicked, and The Decemberists have released a cracking new album, among many others, and Now That’s What I Call Music 99… 99! We’ve made it to 99 already…

MY favourites? It’s going to be no surprise to anyone who’s a regular on here that Monsta X‘s album takes the top spot for this months listening – and it was only released on the 26th. The Connect is an album that, for me, is prefect from beginning to end, and somehow just continues to get better. This is the trend for the group as a whole, and I have no idea where they can possibly go from here, but I can’t wait!

SHE’S Gone, but Ilhoon of BtoB is a great tune, with a jazzy feel and a guitar riff that speaks to me! It’s very easy to get this song stuck on repeat, and I don’t mind one bit.

HEIZE has, once again, released an amazing mini album, with a great MV.  There are more Jazz influences on this album, and it sways towards the more mellow end of the Heize spectrum, but it’s amazing nonetheless.

GETTING a look-in right at the end of the month is TVXQ. It is good to have them back! The Chance of Love is such a signature song, but still shows the groups continued forward motion, musically. They make a set-based MV like no other, the dance is fabulous and they are aging like fine wine. I’m looking forward to the delights they will grace us with in years to come!

SIMPLY put, music this March as been outstanding! 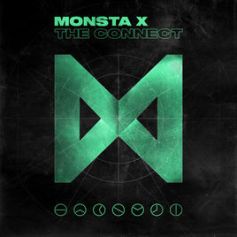 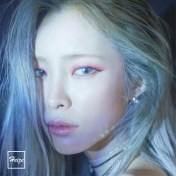 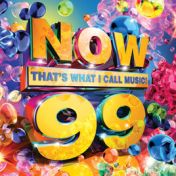 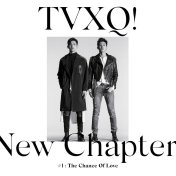 Honestly I am so ready for it, and the bazillion layers of clothing to be gone! I’m still in knitwear of the thinner variety, but for the most March has been all about the earrings and the massive cardigans, which really are useful transitional pieces!

In Makeup news, I’ve been utterly delighted by The Saem coming through on two fronts: 1) a purple lipstick that is pretty out there for Korea, and gorgeous (and they call it Leather Glow, I love that) and 2) a foundation that is not only pale, but has the right undertones. Slowly, very slowly, K Beauty is expanding it’s shade ranges on both sides of the spectrum – this said there needs to be a massive improvement with regards to developing shades for darker skin tones, for Koreans themselves as much as everyone else. Kennie J.D. made an excellent video on this subject. Her whole channel is full of interesing, fun and insightful content – I highly recommend!

It’s that time of year. Cherry blossom season has arrived which means Starbucks has tumblers and cherry blossom flavoured drinks! It never ceases to make me happy, and solidifies the fact that spring is truly, finally, here. 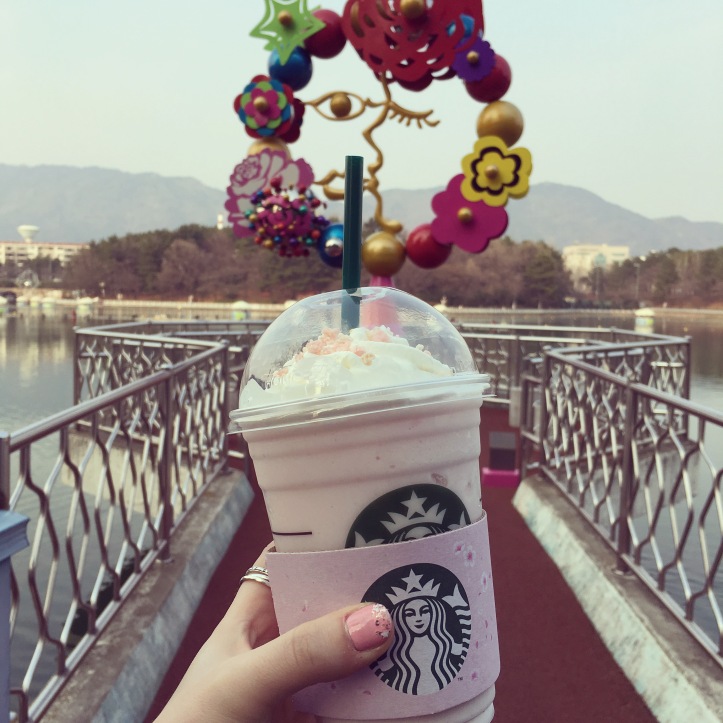 How was March for you? Did you get up to anything new and exciting? Are you relieved Spring (or Autumn) is finally here? Let me know down below!