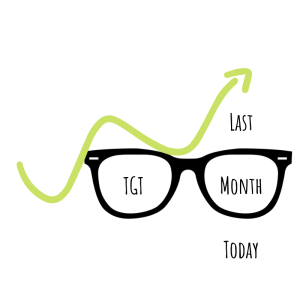 If the title is familiar, you’d be right! I can never claim to be as witty as John Oliver, but boy do I love ‘Last Week Tonight‘. That said, I still think his finest turn was the first episode of Green Wing. Just Sayin’.

So today, we’re looking back at April. Our first month in flat without having to run around getting odds and ends or furniture, my first easter back in the UK – my first easter working, I’ve never enjoyed bank holidays so much – and spring has been in the air.

Here’s what I was loving in April:

The stand out for April has to be extinction rebellion, more so for the comparative lack of coverage it received. I’d say I agree that the disruption to transport was disrupted, but as that’s a daily occurrence, protest or no, I can’t really fault it. It was peaceful, protesters were making an point, and overall it was an example of an excellent protest.

The downside – it wasn’t sensational enough for the news, so was barely reported!

My reading has been stuck in a rut recently, and honestly I’ve not been keeping record of what I’ve been reading. So for this month, I’m going to go with the first book that comes to mind, with the idea that it had the most impact if I thought of it first. 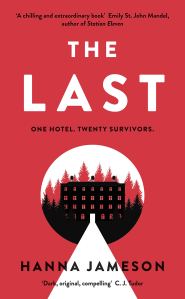 ‘The Last’, by Hanna Jameson, was a fantastic book that gripped me from start to finish, so much so that I had to carry on reading through the night, in the dark… not sure I’d recommend that towards the latter third of the book.

I had high hopes for this book as soon as I read the blurb; a murder mystery in a European hotel in the mountains after nuclear war has decimated portions of the planet. Hell yes, I am in.

Jameson weaved the lives of the hotel residents together artfully to create a full and captivating narrative. She drip-feeds the reader information, leaving you avidly turning the pages to see what new tit-bit will be revealed, and every time you think you know who-dun-it, something happens to make you doubt everything you thought you knew.

This book definitely deserved it’s place on the highlight table of Waterstones! 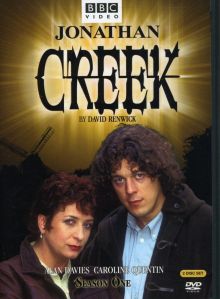 April’s show of choice was ‘Jonathan Creek‘. The boy had never seen it, and it was one of my favourites back in the day, and Alan Davis is, and will always be, divine.

For those not in the know, ‘Jonathan Creek‘ a crime/mystery show (there’s a theme here) where a man who is the brains behind a magicians tricks and illusions, uses his know-how to solve seemingly unsolvable crimes with a range of side-kicks. The titular Jonathan evolves throughout the series’, and I’ll be honest, I could do without the later episodes – nothing beats early, awkward, Jonathan – but it remains an enjoyable watch.

Hands down, this was always going to be ‘Captain Marvel’. I love Marvel movies, and the boy will tell you that I can get a little into movies in general. There was a lot of jumpy hand-squeezing in this one.

‘Captain Marvel‘ enraptured me in a way a superhero movie hasn’t since ‘Thor’. If I still had a cineworld card, I would have gone to see this film multiple times (my count for ‘Thor‘ was seven!)

I’ve heard some people say that it was too feminist, but I have to disagree. ‘Captain Marvel‘ just was what it was, unashamedly itself. I’m really looking forward to this being released on dvd/download so I can re-watch at my leisure. 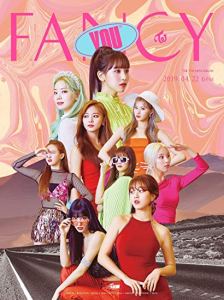 Hand’s down, my favourite song of April was Twice’s ‘Fancy’. I wasn’t such a fan of some of their prior releases, at least not at first, but this one has grabbed me from the get-go, and it remains on repeat. 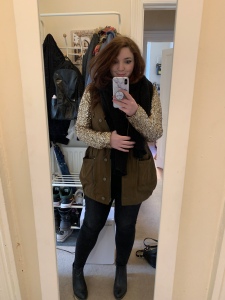 I’m going to go with army green for April. More specifically, the fabulous you see here. I’m in the happy situation that I don’t have to be corporate-smart for work. As long as I’m clean, neat and tidy, anything goes (the joys of working behind a computer). That said, it doesn’t mean that I don’t have to make an effort, or don’t want to.

This month’s beauty mention is courtesy of my sister. She recommended The Ordinary to me some time ago, and I keep on repurchasing. What’s not to love. The products are cheap, they do what they say they’ll do, and my skin has never been better. Well, almost. It misses the warmth it’s become accustomed to!!

Food has been a challenging one. Getting used to living with people is always a challenge, and food is pretty high on that list for us. I’m a more fluid cook, I see how I feel on the day, and I’m not great at planning. I’m used to cooking in bulk and then having plenty of leftovers and a full freezer. My other, better, half has a bottomless pit of a stomach (boys!) is a food planner, and needs to know where the next meal is coming from and what it is! This has been a challenge. It’s slowly coming together. 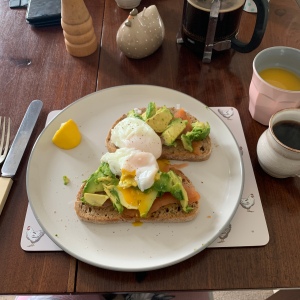 What I’m excelling at, however, is weekend breakfasts. Every so often it’s a treat yo-self kinda weekend (that and 2 for 1 smoked salmon!) I’m getting pretty good at poached eggs, and I’m going to put that down to my most excellent poached egg spoon straight out of my grandmothers kitchen. Works like a dream.

One thing I am loving about living with the boy, is that we always sit at the table to eat. Always. It’s a treat when we don’t. This was the norm for me growing up, and I count myself pretty lucky that I’ve found someone with whom this has continued, no questions asked. 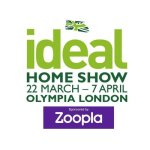 There aren’t many thing the boy gets really excited about. Among this select few things is The Ideal Home Show. I’ve never been to one before – when would I have, I haven’t ben here – but not only do we practically live next door to the exhibition centre, it’s his thing. So off we went.

People. So many people. I will admit I struggle with that many people in one place.

It wasn’t completely awful. We scored a new shower head, which we’d been needing, a couple of mega cool posters for our walls, including the last Hangover one, and I got me my garlic grater, which upon use has been proclaimed not entirely useless!

We’re already signed up for next year, so I have the best part of a year to psych myself up!

Easter weekend was fantastic. Four whole days of no plans, ripe for adventure. We (finally) went on a trip to New Malden on the Friday. Why New Malden, of all place, I hear you ask! Korea town is why! 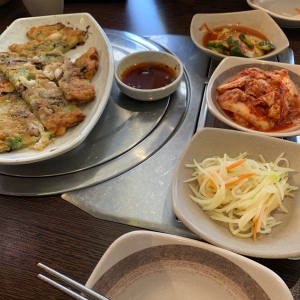 I don’t think I’ve ever been so happy to be in Korean restaurant! Even the water bottle was the same, and the food was legit. Those prices though, I was internally weeping. I weep in general at the price of food in the UK, having been fortunate enough to enjoy Korean prices for so long. It doesn’t have to be this way, UK…

Overall, New Malden isn’t that exciting. There are a great number of charity shops (I do love them), a handful of Korean restaurants and a smattering of Korean supermarkets (including the largest in the UK).

I’m keen to go back again with my Masan Massive, but nothing will ever be a patch on the real deal!

Easter weekend we ended up mosying around St. James’s Park, and I shot this photo. It’s one of the best I’ve taken (in my very untrained opinion). I’ve been to St. James’s Park a fair few times now, and I do love it, but this day was particularly wonderful. 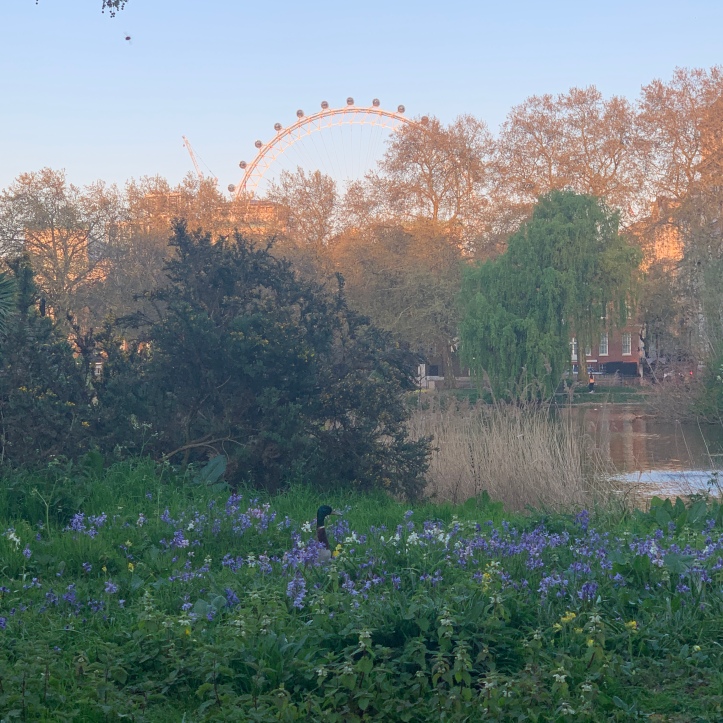 And that was April! My chillest month back in the UK yet, for sure! How were your April’s? For those of you in Korea, did you see the cherry blossom? Was it wonderful? I’ve definitely missed that this year!

See you next month!

If you would like to support TGT, head over to my Kofi: